Meet Jack From Lessons in Lemonade

It’s week 16 of #LivingLovingWriting and we are one week away from the release of Lessons in Lemonade. I am super proud of this book, super proud of the whole series, and today I thought I would introduce you to Jack.

This series was never meant to be a sports romance, but if you’ve read The Sweetness of Life, then you met Zach’s friends and I couldn’t help but expand upon these characters. Toss them in with Reid from Chasing Clouds and I knew that Bryan and Jack needed their own stories.

When I started plotting this book, I had a really hard time deciding the outcome of his character. As readers, we always want our characters’ dreams to come true, but we all know that’s not really how life works. Dreams change, we have to fight for them, and it’s usually during the process that we learn a lot about ourselves. And this definitely happens to Jack. When life gives you lemons . . .

Things to know about Jack:

I found this guy on Instagram, his name is Jaden Goetz. He’s not exactly what I pictured for Jack, but he’s pretty darn close and super cute, too. He even has a picture in uniform and with dog . . . What do you think? 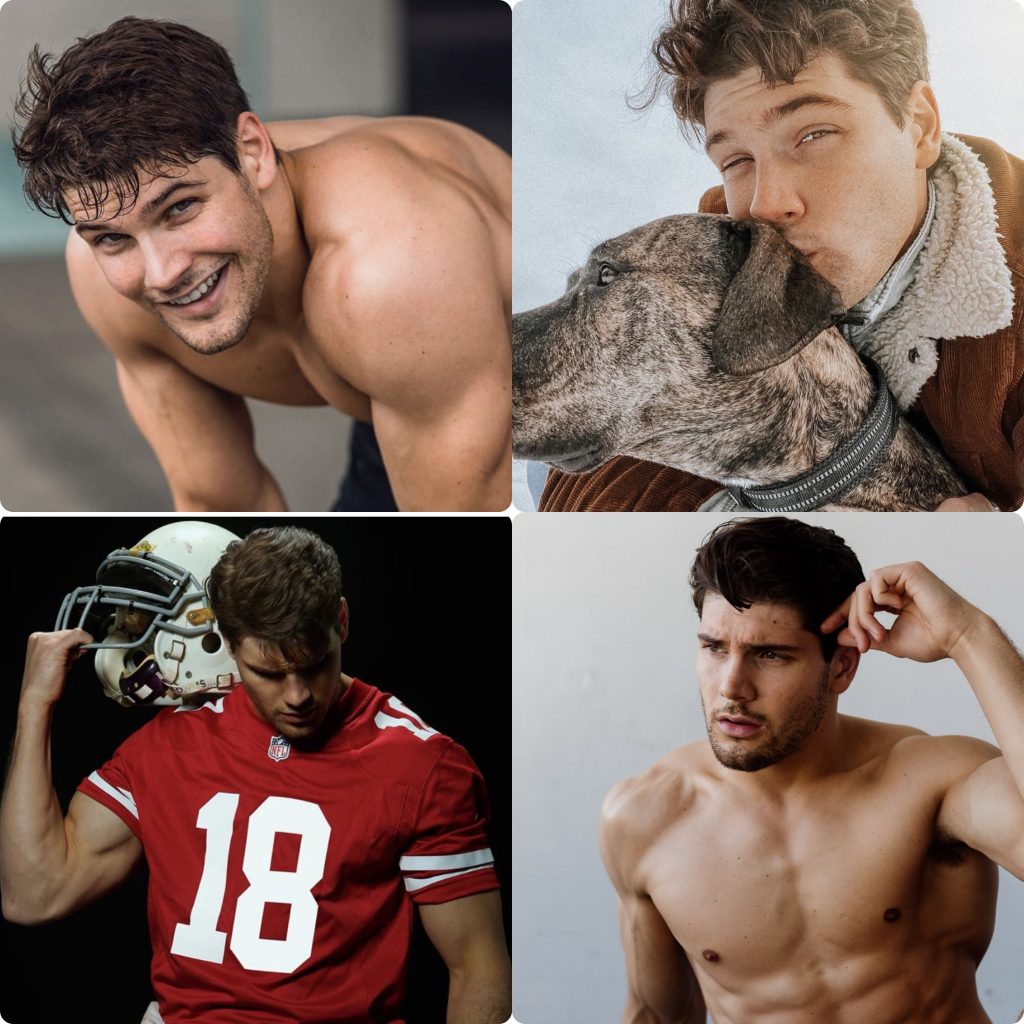 “I SWEAR, PIE is one of the greatest foods of all time,” I mumble to Reid, who’s watching Bryan walk to the training room showers after announcing that he’s heading off to his childhood hometown to accept an award. Actually, it’s the key to the city.

How hilarious is that?

Bryan is our quarterback for the Tampa Tarpons, and he’s also one of my best friends. He’s the least flashy person I know in our profession, and yet in the last month he’s gone on the Paul Miller show for a one-on-one interview, which aired in primetime on National Sports Network, and now he’s doing this. Granted, it’s deserved—he’s donated a lot of money to the town and the youth sports programs they have there—but in general, the guy is all business, no pleasure. In fact, it’s like pulling teeth to get the dude to even smile. He has what we’ve officially dubbed as RDF—resting douchcanoe face.

Reid glances back at me and the fork hanging out of my mouth as he goes about packing his practice bag. “It doesn’t matter if it’s pie, cake, ice cream, cookies, doughnuts, whatever. As long as it’s in front of you, you’ll eat it—even though you shouldn’t.” He frowns.

“What do you mean? We practiced for an extra hour today—I’ve earned this,” I say as I shift the two pie boxes under my arm: grasshopper and cherry, both now my dates for dinner tonight.

Reid is my other best friend. When he transferred to Tampa, he moved in across the hall from me in our condo building. It’s made working out, commuting to practices and games, and life in general not so lonely.

“What do you mean what do I mean? You know as well as I do all that sugar is not good for you.” He eyes me knowingly while completely passing judgment.

Athletes tend to be very strict on the whole “my body is a temple” mentality, but I work hard daily, possibly harder than anyone else. Think about it: Bryan is just doing the three-step drop and then throwing the ball while I’m continuously sprinting out twenty, thirty, sixty yards. As such, I don’t feel guilty when something like pie lands in front of me, because the way I see it, I earned it.

“You’re just jealous because I got to them first.” I grin, licking the fork clean and dropping the boxes back on the bench to take a photo of them: me with the fork in my mouth, the team logo visible on the wall behind me.

His look is incredulous as he goes back to shoving things in his locker. “I can assure you, jealousy is the furthest thing from what I’m feeling. Are you ready? I need to get home—Camille is waiting for me.”

Camille is his wife. They recently got married—well, remarried—and much to my dismay, they are moving to Davis Islands, where they bought a home on the water.

“Yep, just gonna post this real quick to say thank you to all the fans.”

“You do realize they aren’t your fans, right? Those pies were for Bryan.” He throws his bag over his shoulder.

While Bryan was doing the interview, he did a round of this or that, and one of the questions was cake or pie. Clearly, the answer was pie, and I think it’s hilarious how many pies have been coming in to the front office. Staff loves it, players love it, everyone loves it, except maybe Reid and Bryan, and we all know Bryan isn’t going to say a word about them, so I will. I caption the picture and post it.