#RealRomance – How Did You Meet Your Husband

Hey ya’ll, it’s #RealRomance week, so I thought I’d tell you my greatest love story -how I met my husband.

A very very long time ago -back in the dark ages LOL- I was a senior in college at the University of South Florida here in Tampa. It was New Years Eve, my best friend Brandie was in town from her school in New York, and along with my roommates we decided we were going to dance the night away.

Here in Tampa, we have a neighborhood called Ybor City. It was founded in the 1880’s by cigar manufacturers and was populated by thousands of immigrants from Cuba, Spain, and Italy. Millions of cigars were rolled here and if you walk down 7th Ave and stop into the Columbia, you can still watch history unfold in front of you.

Now, Ybor is more of a tourist stop and in many ways 7th Ave is Tampa’s version of Bourbon Street. It is lined with eclectic shops, restaurants, and bars. One in particular (not sure if it is still there or not) that we liked to go to was Full Moon Saloon. Thursday nights was ladies night and it became a regular place for my friends and I over the years. The owner had asked us if we would come in and help hand out champagne at midnight. Of course we said yes!

Here is my roommate Stephanie and I before we left. 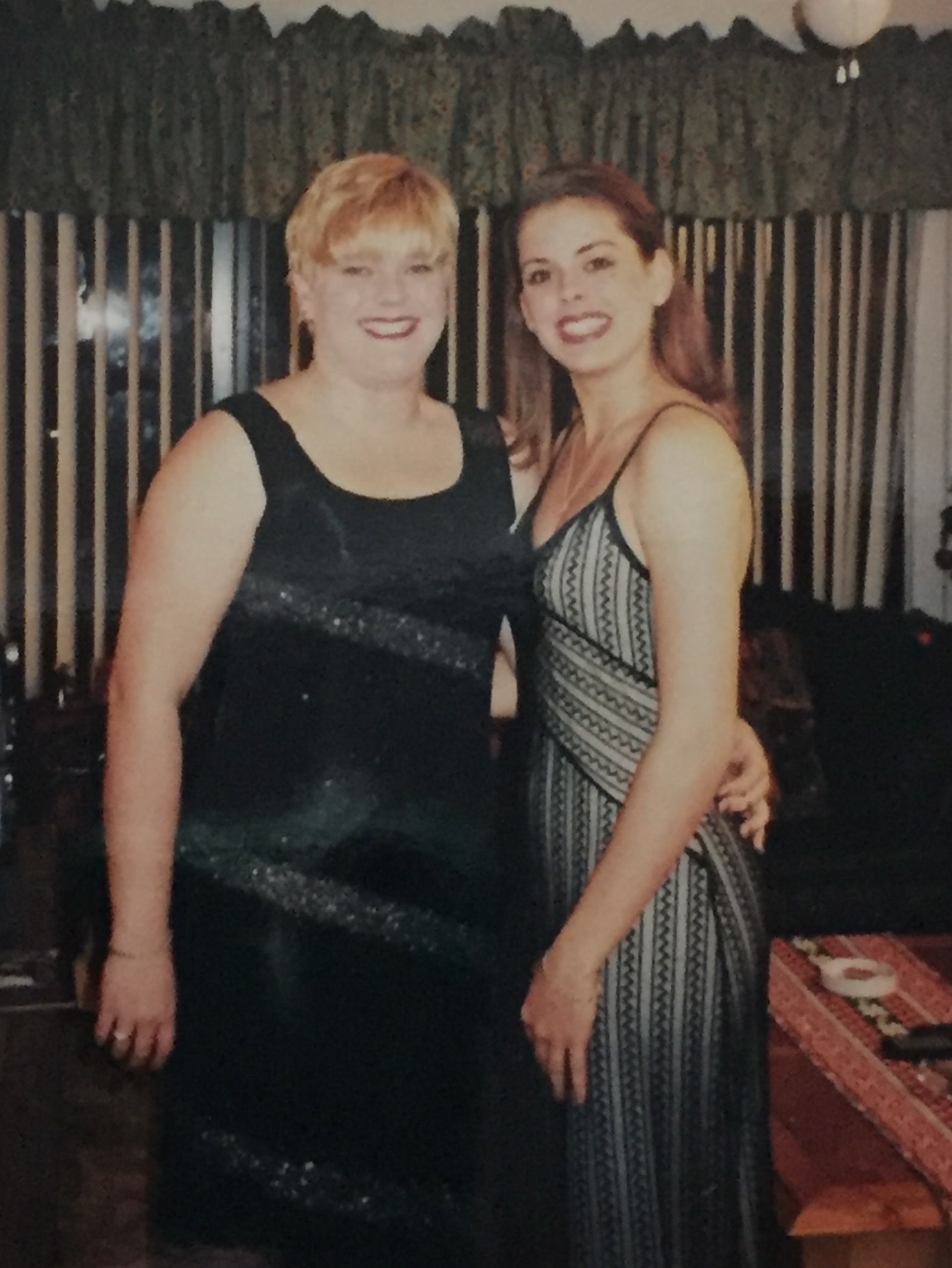 It didn’t take long for the place to fill up, and as we got closer to midnight I was approached by a tall, cute, blonde boy. He looked down at me and asked, “Will you be my midnight kiss?” HELLO! Cute boy wants to kiss me, of course I said, “Only if you’ll drive to Cocoa Beach with me to watch the sunrise to the new year.” He laughed, but said yes, and then so did I.

That was the plan. It was our last year of college, my friends and I were excited about the new chapters of life ahead of us, and we made a pact that when the bar closed we would hop in the car and drive east. 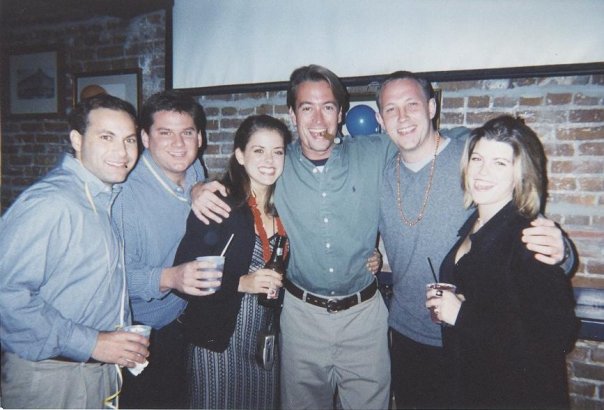 (BTW – the guy between Andy and I is Keith. He got married last week on a ferry in Seattle. Congrats Keith and Hannah!)

At midnight, he found me on the stage pouring champagne, pulled me off and gave me the best first kiss of all time. Oh my. For the next three hours, our two groups blended and my friends danced with his. That night forever became cemented in history. 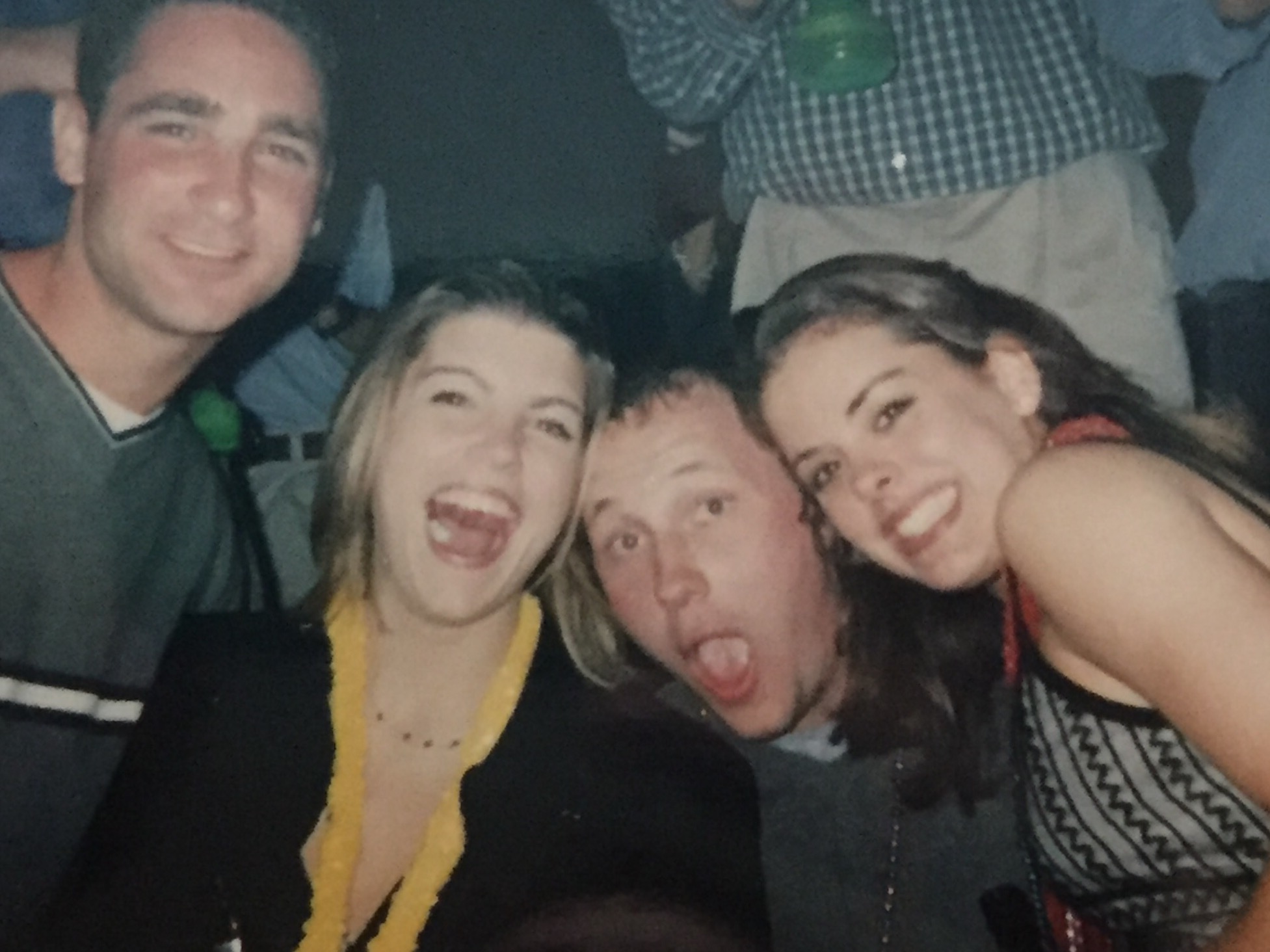 Turns out, my guy and all his friends – except for one – lived in Chicago. To escape the cold, they planned a boys trip down to Florida to visit a fraternity brother. So when he agreed to watch the sunrise with me, he didn’t know it was a three hour car drive away. LOL  At 3am, all my friends bailed… except for him. A man of his word, we climbed into the car and just drove.

It was my first sunrise.

Over the next day or so, when I wasn’t working we spent some time together and that was all it took. I remembered once, way after that night, that Brandie had pulled me aside and said, “He’s going to be your husband.” Of course I laughed her off, but she saw it then, even though we hadn’t yet. Together we were magical. 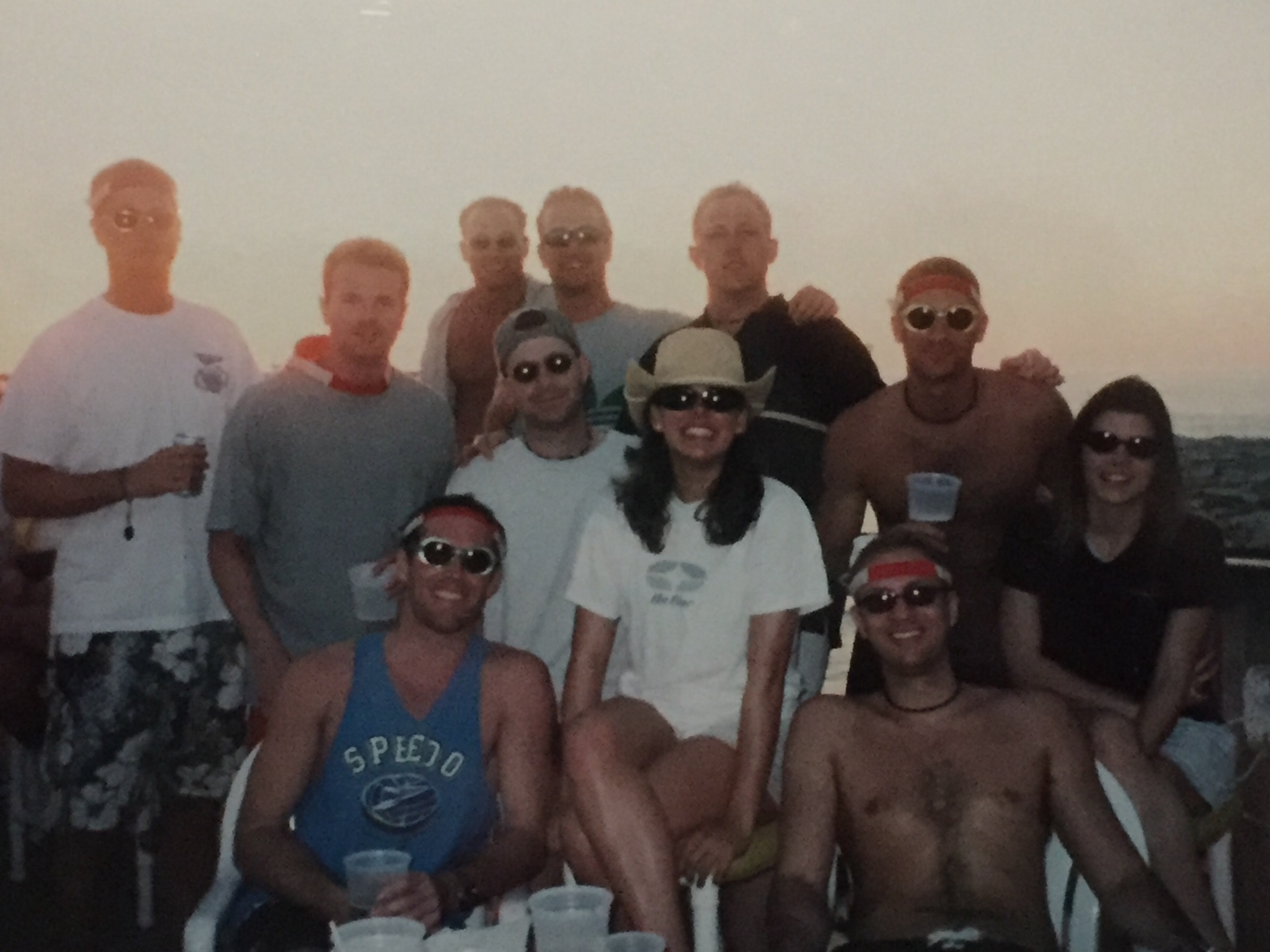 He is my love story.

The day after I graduated from college, we packed my stuff in a UHaul and headed north. Chicago became my home for the next two and a half years. We haven’t missed a midnight New Years Eve kiss yet, only now we include our children too.  Times Square on the television in the background, champagne in hand, and lots of kisses.