“Hats off to Love” Cover Reveal and Release Date 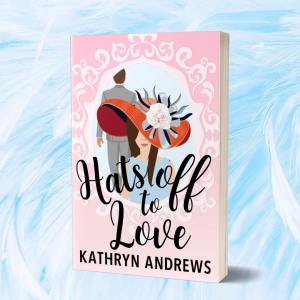 If you ask anyone to describe the great state of Kentucky, odds are they’ll most likely answer you with “Bourbon and horses,” but if you ask Rosie May, the only thing she’ll ever respond with is “Derby hats.”
Big hats. Small hats. Elaborate hats. Simple hats. You name it, she loves them all. Every. Single. One. Because of this, she’s always known she would one day own a Derby hat store. At twenty-five, she’s back in her hometown of Louisville, and her dream has finally come true. With the season officially underway, her brand-new shop is gorgeous, the inventory is stocked, and she’s ready to go. Her only problem is William Stokes Whitlock III.
Stokes is tall, insanely handsome, heir to one of the largest thoroughbred farms, and her best friend’s brother. He’s also annoying, incredibly boring, arrogant, and for over half of her life, her sworn enemy. Only now, it seems he needs a favor. As for why, he won’t say.
For two months, she’ll be his girlfriend, and in return he’ll use his society status to help promote her new shop. Seems simple enough, right? Wrong. She thinks his timing couldn’t be worse, but the way he sees it, it’s the best. The best for who—that’s to be determined.
How do they pretend to be in love when all they’ve ever felt is hate? Can she do this? Can they? Especially knowing it’s fake . . . or is it?
Can Rosie set aside what she thinks she knows of the boy from her past to see the man standing in her present? With her heart at stake, she has to decide if she’s willing to go against the odds to place the biggest bet of them all . . . on love.